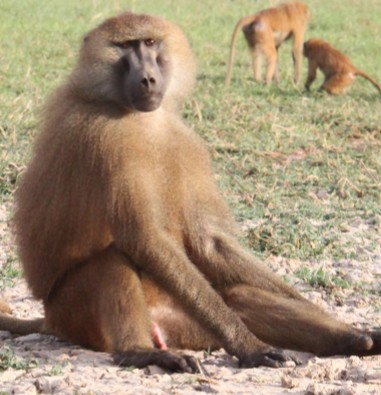 Guinea baboons as a test case for studying the link between social systems, communication and cognition

Primate social systems are remarkably diverse, and thus not only play a central role in understanding social evolution, but also in identifying the selective pressures that operate on primate cognition and communication. Although baboons have been featured prominently in this research context, historically, little has been known about the westernmost member of the genus, the Guinea baboon (Papio papio). I will summarize the findings from the first years of observation at the field site CRP Simenti in the Niokolo Koba National Park in Senegal. Guinea baboons reveal a nested multi-level social organization, with reproductive units comprising one ‘primary’ male, one to several females, young, and occasionally ‘secondary’ males at the base of the society. Three to five units form ‘parties’, which team up with other parties to form a ‘gang’. Although different gangs have largely overlapping home ranges, agonistic interactions between different parties or gangs are rare. Some, but not all strongly socially bonded males are highly related, and population-genetic and behavioral evidence indicate female-biased dispersal. Females play an important role in intersexual bond formation and maintenance, and female tenure length varies between a few weeks and several years. While the social organization resembles that of hamadryas baboons (P. hamadryas), the social structure differs considerably, specifically in terms of low male aggressiveness and female freedom. Despite substantial differences in social organization and social structure, the acoustic structure of Guinea baboon vocalizations does not differ substantially from that of other baboon taxa. I will present initial findings from our studies that tap into the social knowledge of this species, and discuss some of the challenges and limitations of studying cognition in the wild.